Detail of the installation showing the Adam's Point American Goldfinch against the aerial map with collaged mural in background.

The accompanying text read as follows:

American Goldfinch, Carduelis tristis In 1906, after the great San Francisco Earthquake and subsequent fire that destroyed much of the city, people fled to the East Bay. By 1910, Oakland’s population had more than doubled from 65,000 to 150,000. Largely undeveloped until that time, the land called Adam’s Point became the largest refugee camp in the area. Many of these refugees settled in Oakland and built their permanent homes in the neighborhood.

Due to the large amounts of smoke from the fires, many bird populations also migrated across the bay. The American Goldfinch, often seen in flocks with bounding flight and distinctive calls, fled San Francisco in large numbers and settled in Adam’s Point along with the other disaster victims. The abundance of tree buds and seeds along Glen Echo Creek well served the needs of this new population of birds. Usually, Goldfinches are only loosely colonial, and only while nesting; however, perhaps from the trauma of their sudden move, the Adam’s Point American Goldfinch tightly colonized and has kept this trait to the present day. 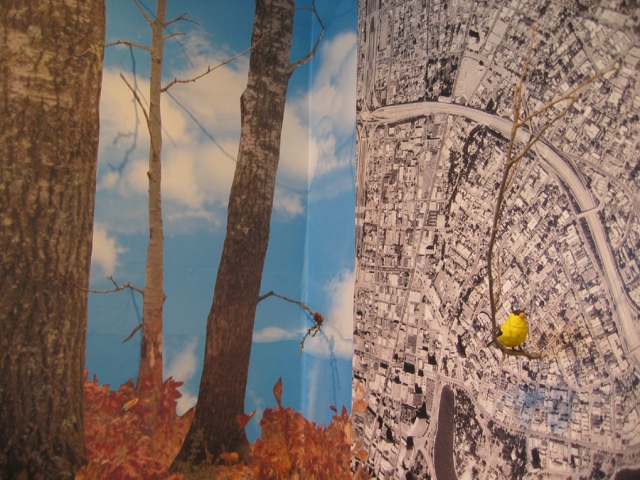